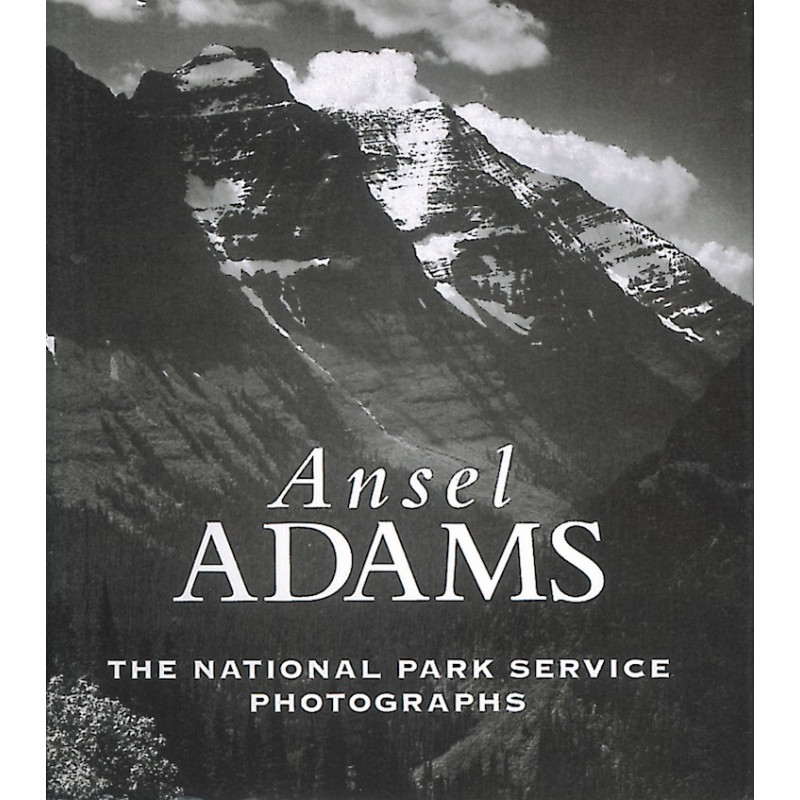 In 1941 Ansel Adams was hired by the United States Department of the Interior to photograph America's national parks for a series of murals that would celebrate the country's natural heritage. Because of the escalation of World War II, the project was suspended after less than a year, but not before Adams had produced this group of breathtaking images, which illustrate both his early innovations and the shape of his later, legendary career as America's foremost landscape photographer.

The invitation to photograph the nation's parklands was the perfect assignment for Adams, as it allowed him to express his deepest convictions as artist, conservationist, and citizen. These stunning photographs of the natural geysers and terraces in Yellowstone, the rocks and ravines in the Grand Canyon, the winding rivers and majestic mountains in Glacier and Grand Teton national parks, the mysterious Carlsbad Caverns, the architecture of ancient Indian villages, and many other evocative views of the American West demonstrate the genius of Adams' technical and aesthetic inventiveness.

In these glorious, seminal images we see the inspired reverence for the wilderness that has made Ansel Adams' work an enduring influence on the intertwining spirits of art and environmentalism, both so necessary for the preservation of our natural world.