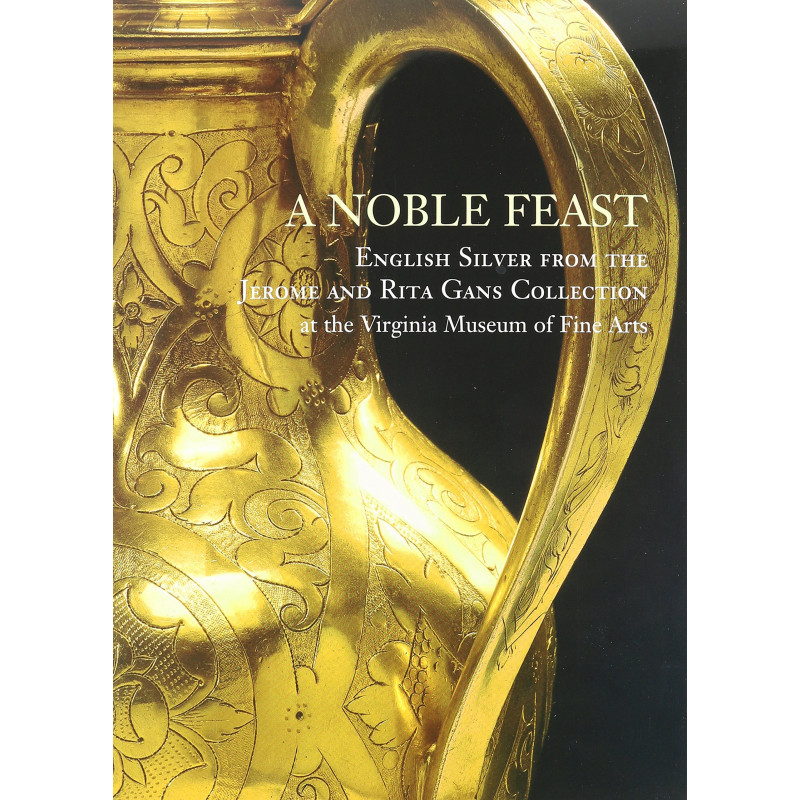 Celebrating the stunning beauty of English silver crafted over three centuries, A Noble Feast offers unique insight into the developments that took place in eating and drinking habits in Stuart, Hanoverian, and Victorian England. Foreign influences, not only from France, Spain, and Italy but also from the New World, figure prominently in the customs of the tabletop during this period of English history. Drawing on colorful details from menus, cookery books, and anecdotes about the owners of these magnificent silver tablewares, Christopher Hartop shows how the silver reflects burgeoning prosperity in Restoration London and global expansion of the British Empire in the eighteenth and nineteenth centuries.

Through examples taken from the Gans Collection—one of the leading silver collections in the United States—Hartop documents the confidence in artistic endeavor as well as in trade and industry that typified the age. With works by such celebrated masters as Paul de Lamerie, Paul Storr, Robert Garrard, and Rundell, Bridge & Rundell, the collection offers a veritable feast of silver splendor, here highlighted by lush color illustrations and an updated catalogue.

Christopher Hartop has written British and Irish Silver in the Fogg Art Museum, Harvard University, Royal Goldsmiths: The Art of Rundell & Bridge 1797-1843, and The Huguenot Legacy: English Silver 1680-1760. He contributed to Joséphine and the Arts of the Empire. From 1984 to 1999 he was a director of Christie’s, New York, where he was head of the silver department and later Executive Vice-President in charge of the curatorial departments.