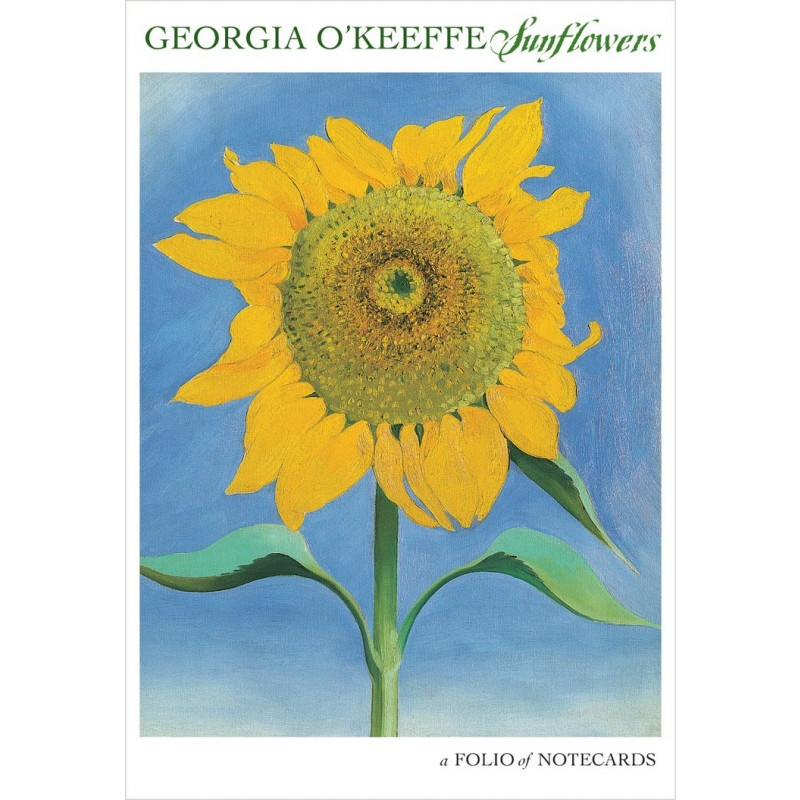 Bursting with brazen color and blazing light, O’Keeffe’s sensually charged flowers and bold landscapes speak evocatively of the thoughtful delight she took in the physical world. The two paintings of sunflowers in this notecard folio attest to the joy she found in the bold colors and shapes of one of everyone's favorite flowers. Contains five each of the following notecards: A Sunflower from Maggie, 1937; Collection of the Museum of Fine Arts, Boston Sunflower, New Mexico I, 1935; Collection of the Cleveland Museum of Art

From the turn of the 20th century to her death at 98, Georgia O’Keeffe (American, 1887–1986) completed more than 2,000 works—an oeuvre that ultimately ensured her place as one of the most highly regarded American artists of all time. Among the first female painters to garner both widespread popularity and critical acclaim, O’Keeffe first came to the public’s attention during the 1920s and 1930s through her sensual flower paintings and the series of portraits of her taken by photographer and art collector Alfred Stieglitz, whom she married. In 1929 she traveled to Taos, New Mexico, and was so impressed by the desert landscape that she eventually moved to the area. There she devoted her creative energies to capturing the simple forms and spiritual essence of the land.