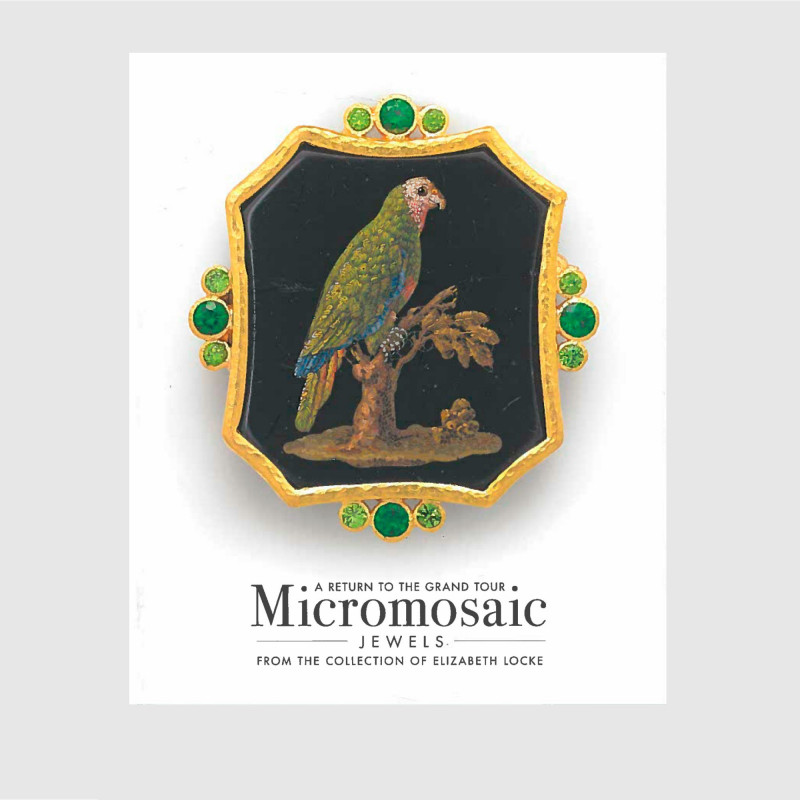 View this extraordinary collection of exquisite, intricately crafted works of art -- precious souvenirs designed for Grand Tour travelers of the mid-18th to late-19th centuries. The wide range of subjects depicted in these 92 works include Renaissance paintings, architecture, birds, animals, historical sites, landscapes, and portraits. Micromosaics created for Grand Tour travelers reflect the sophisticated pursuits of elite Europeans for whom travel was a rite of passage. Diminutive forms of ancient Roman, Grecian, and Byzantine mosaics, micromosaics -- a term coined in the 1970s by collector Sir Arthur Gilbert -- are made using a painstaking technique that involves tesserae, small pieces of opaque enamel glass. The tiny mosaics were first developed with regularity in the second half of the 18th century by the Vatican Mosaic Workshop. By the 19th century, numerous independent studios devoted to the production of these small keepsakes were established to meet travelers' demands and to capitalize on the increasing popularity of micromosaics as symbols of status, sophistication, and social polish. For an English traveler to Rome, Venice, or Milan, for example, a micromosaic of an Italian Renaissance painting or ancient architectural monument captured the journey and today reflects that era's fascination with the classics and societal requisite travel to the cradle of western civilization. The works of art on view in this exhibition, which are predominantly stunning pieces of jewelry, are dazzling in their exquisite detail and craftsmanship. In addition to the tiny enameled glass that forms the mosaic, eye-catching designs include gold, precious stones, and diamonds.