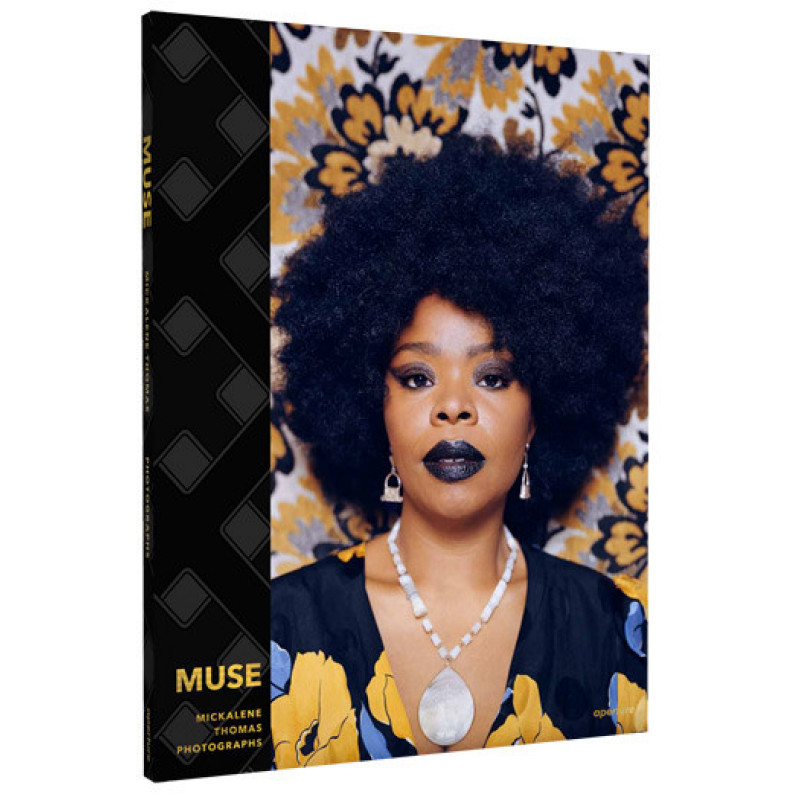 Mickalene Thomas, known for her large-scale, multi-textured, and rhinestone-encrusted paintings of domestic interiors and portraits, has also identified the photographic image as a defining touchstone for her practice. Thomas first began to photograph herself and her mother as a student at Yale—a pivotal experience for her as an artist. While working across multiple series, much of her photographic work functions as a personal act of deconstruction and reappropriation—both of images she has created herself and images she has singled out as influence. With each series, she grapples with and asserts new definitions of beauty and inspiration. Thomas’s portraits draw equally from 1970s black-is-beautiful images of women such as supermodel Beverly Johnson and actress Vonetta McGee; Édouard Manet’s odalisque figures; and the mise-en-scène studio portraiture of James Van Der Zee and Malick Sidibé, to mention a few. Perhaps of greatest importance, however, this collection of portraits and staged scenes reflects a very personal community of inspiration as well—a collection of muses that includes herself, her mother, and her friends and lovers, emphasizing the communal and social aspects of art-making and creativity that pervade her work. This volume is the first to gather together her various approaches to photography, including portraits, collages, Polaroids, and other processes, and will be the foundation for a major traveling exhibition of the work to launch in 2015.

Mickalene Thomas (born in Camden, New Jersey, 1971) earned her BFA in painting at Pratt Institute in 2000 and an MFA at the Yale University School of Art in 2002. Thomas participated in residencies at the Studio Museum in Harlem, New York, 2000–3, and at the Versailles Foundation Munn Artists Program, Giverny, France, 2011. Her work has been included in countless exhibitions worldwide, including at La Conservera, Ceutí, Spain (2009); National Portrait Gallery, Washington, D.C. (2010); Hara Museum, Tokyo (2011), Santa Monica Museum of Art, California (2012); and Brooklyn Museum (2012–13). She is represented by Kavi Gupta in Chicago and Berlin, Lehmann Maupin in New York, Susanne Vielmetter Los Angeles Projects, and Galerie Nathalie Obadia in Paris