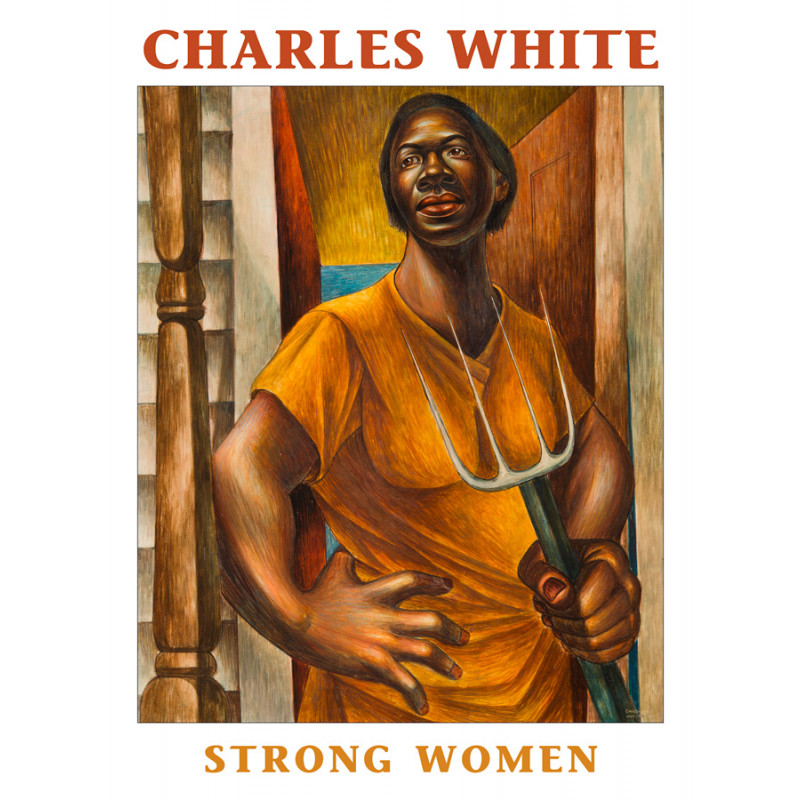 Charles White (American, 1918–1979) learned from his Mississippi-born mother, herself the granddaughter of an enslaved woman, “to see how much the peace and human dignity of the world will be protected and won by the simple, ordinary people.” He deeply admired her moral strength, and throughout four decades as a professional artist, he often created powerful images of strong, steadfast black women. Raised in poverty on Chicago’s South Side, White earned a scholarship to the Art Institute of Chicago and later studied at the Art Students League of New York. During the Great Depression, as an artist with the Works Progress Administration, he deepened his appreciation for social realism and strove to inspire hope through his artwork. His “images of dignity” continue to express a universal humanity, one he hoped would move viewers to say, “This is somebody I know.” In murals, drawings, paintings, and prints, White left a legacy of authentic artworks capturing the spirit of a people.