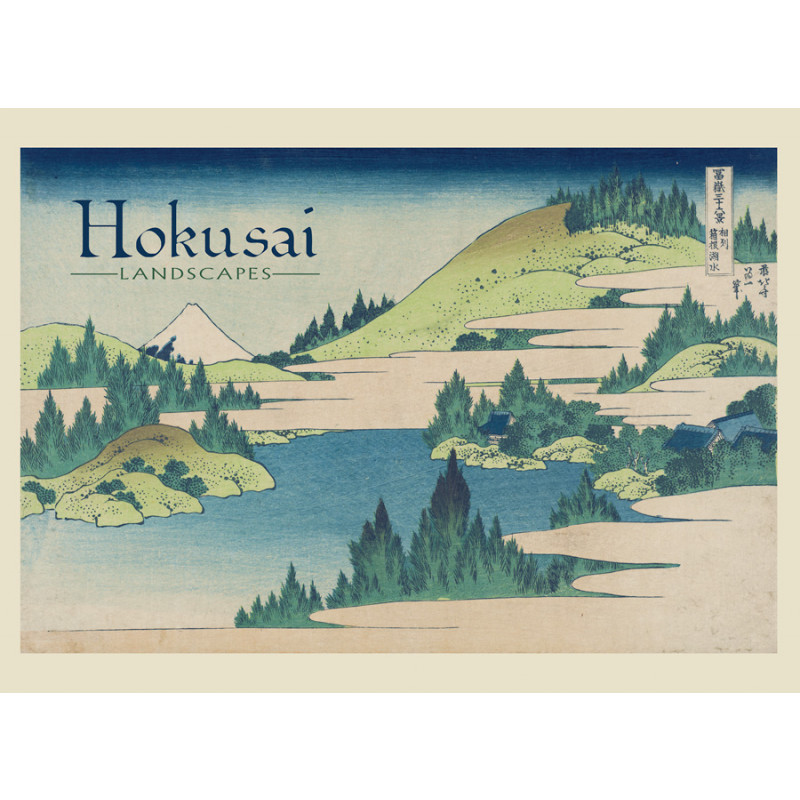 Katsushika Hokusai’s landscapes are beloved for the fine skill they required in composition, color, and line, as well as their more intangible qualities: the distillation of nature in a precise moment. Breaking from tradition, he would sometimes outline the keyblock with blue ink rather than black—just one example of the many ways Hokusai broke new ground in the field of ukiyo-e, or “pictures of the floating world.” The four images reproduced on these notecards come from three series he produced late in life: one each from Remarkable Views of Bridges in Various Provinces and A Tour of Waterfalls in Various Provinces, and two from Thirty-six Views of Mount Fuji, perhaps his best-known work.

Contains five each of the following notecards:
The Hanging-cloud Bridge at Mount Gyōdō near Ashikaga, c. 1834
The Falling Mist Waterfall at Mount Kurokami in Shimotsuke Province, c. 1832
Hakone Lake in Sagami Province, c. 1830–31
Under the Wave off Kanagawa, also known as the Great Wave, c. 1830–31