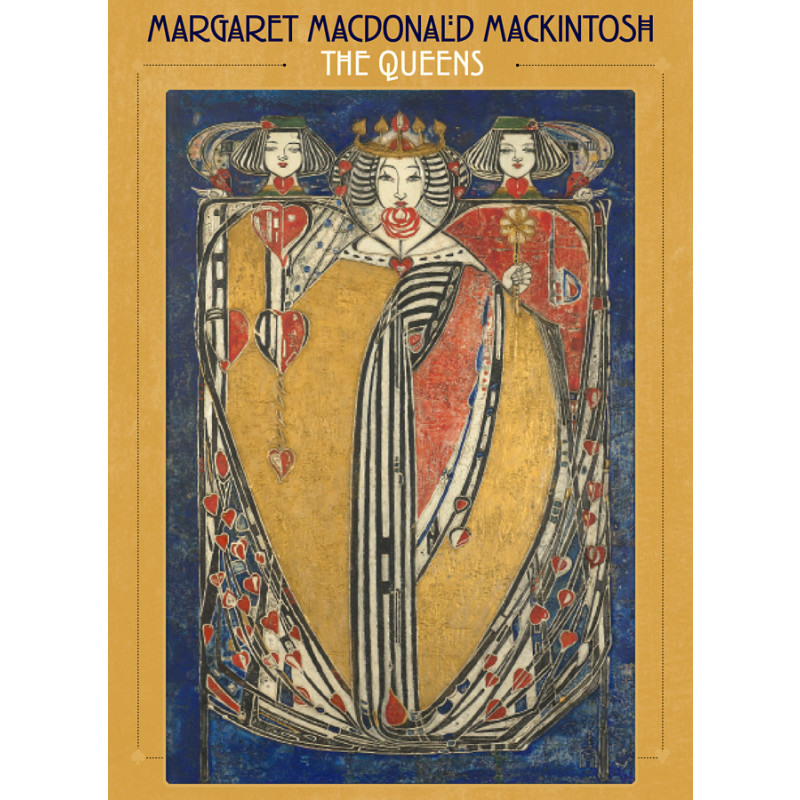 A love story and an artistic collaboration for the ages. Margaret Macdonald met Charles Rennie Mackintosh at the Glasgow School of Art. Inspired by each other’s artwork, the two students began working and exhibiting together, later married, and by the turn of the twentieth century were at the forefront of the Glasgow Style. Although little documentation confirms the extent of their joint artistic output, in a letter to his wife, Charles remarked, “You must remember that in all my architectural efforts you have been half if not three-quarters of them.” He believed that while he had talent, Margaret had genius. The art of Macdonald Mackintosh (Scottish, 1865–1933) is rooted in symbolism and Celtic imagery, and influenced by the Arts & Crafts movement. Among her best-known works are the gessoed panels created for Hous’hill, the Glasgow residence Charles designed for art patron Catherine Cranston. The Four Queens, representing the four card suits, originally graced the walls of the Hous’hill card room and are now in the collection of the Virginia Museum of Fine Arts.