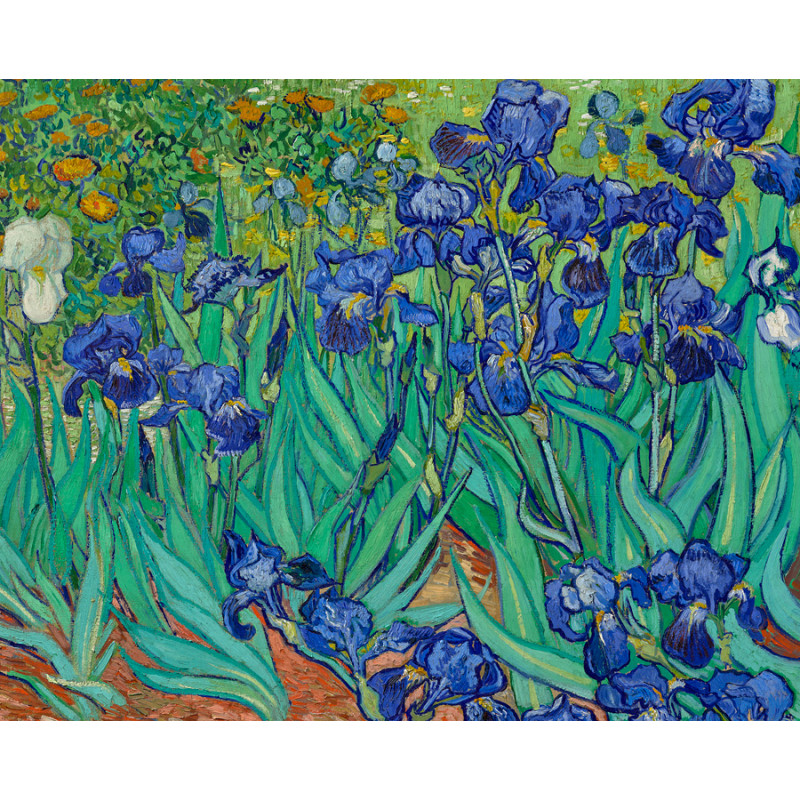 Vincent van Gogh (1853–1890) was a prolific artist. He created over two thousand works, from intricate oil paintings to quick sketches. He devoted his life to art in his late twenties after attempting several other careers: teacher, bookseller, missionary, and miner. Although he is perhaps one of the most well-known postimpressionists today, his paintings did not receive critical acclaim until after his death.

The four oil paintings on these keepsake boxed notecards show Van Gogh’s love of nature, as well as the bold colors and loosened brushstrokes that defined his work toward the end of his life.