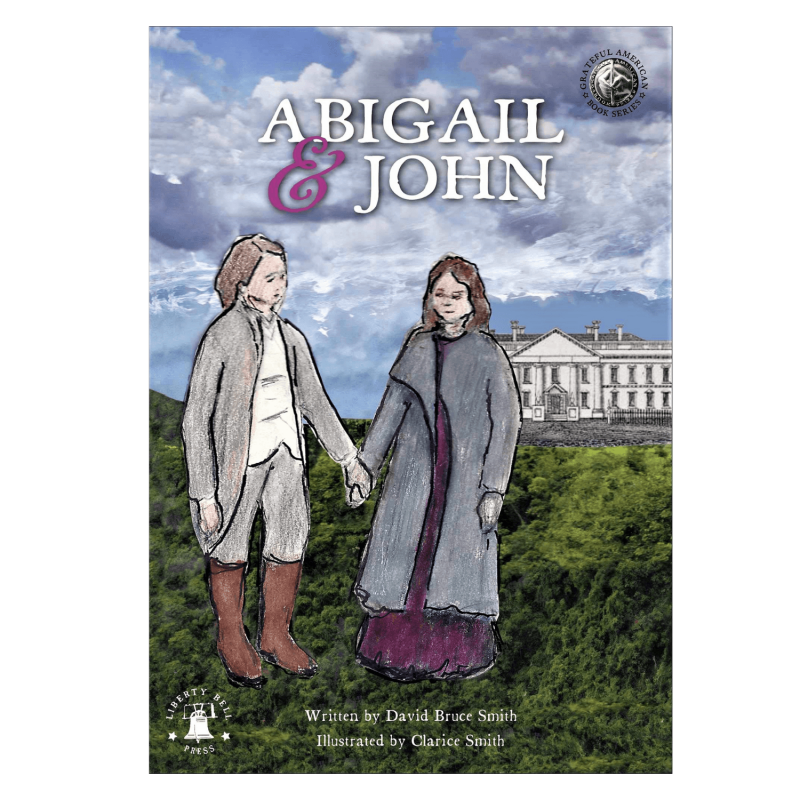 From David Bruce Smith, author of American Hero: John Marshall, Chief Justice of the United States, and his mother Clarice Smith, a world-renowned artist, comes this compelling and insightful historical biography of Abigail and John Adams. This unique nonfiction children’s book tells the story of one of America’s most-treasured couples alongside stunning and original illustrations.

Follow the story of Abigail and John Adams as they forge an equal and loving partnership that will last a lifetime and help shape a young republic. The Adamses were firsthand witnesses to historical events such as the Boston Massacre, the Boston Tea Party, the American Revolution, and the Continental Congresses. They met revolutionary leaders and heroes including Benjamin Franklin, Thomas Jefferson, and America’s first president, George Washington, along the way. See history through the eyes of Abigail and John Adams as you learn the true story behind their powerful and influential union.