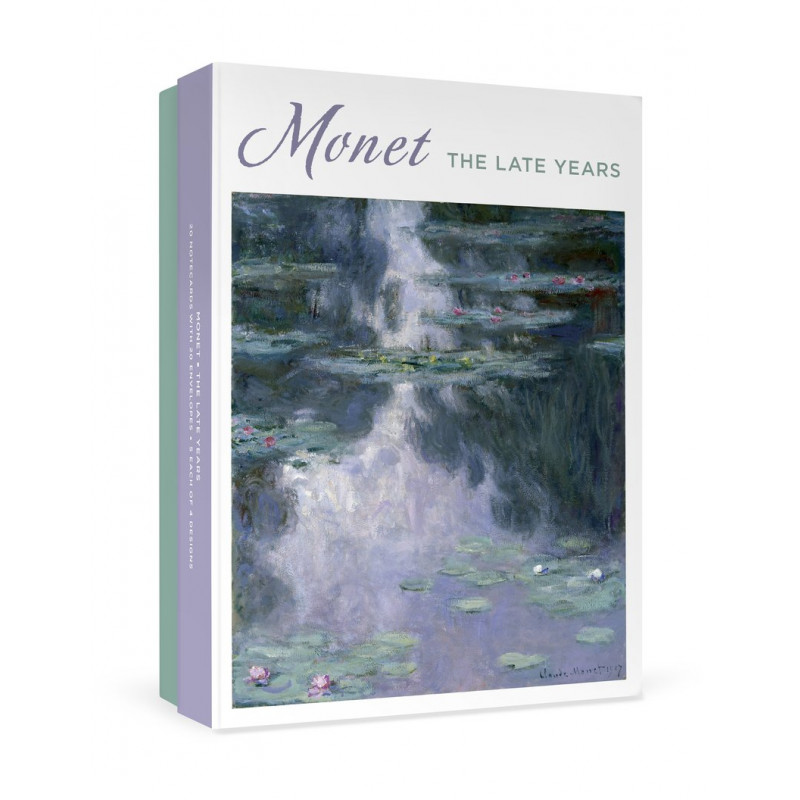 The late work of Claude Monet represents a time of artistic focus on his living laboratory—the gardens he created at his home in Giverny, about 45 miles outside Paris. Flowers, not figures, were Monet’s primary subjects during this final stage of his long career. The paintings featured in this notecard set showcase the artist’s mastery of the effects of light, particularly in the interplay between reflections, shadows, aquatic plant life, and the surface of water. Contains five each of the following notecards: Les arceaux fleuris, Giverny (Flowering Arches, Giverny), 1913 Water Lilies, c. 1914–1917 Water Lilies (Nymphéas), 1907 The Japanese Bridge, c. 1923–1925

Claude Monet (French, 1840–1926) ranks among the greatest painters in the history of art. He was the most influential of the Impressionists, a group of painters who strove to capture the endless variations of light and atmosphere that occur over the course of a day in a given location. Indeed, Monet’s misty dawn painting Impression, Sunrise gave rise to the movement’s name. His career spanned an artistic revolution, one that intensified realism and eventually led the way to abstraction and 20th-century Modernism. Among Monet’s best-loved works are landscapes, city scenes, still lifes, and his unparalleled paintings of flower-filled meadows and the exquisite gardens and water lily pond at his home in Giverny.